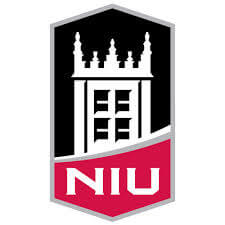 Here at CCAR, we have not been bashful when it comes to our support of Northern Illinois University. Two (2) of our staff members are NIU graduates, and Professor Tim Aurand is an esteemed member of our Board of Directors.
A little while ago a team from NIU entered the prestigious SAE Supermileage Competition at the Eaton Corp. Marshall Proving Grounds in Marshall, MI. The team came in third place after achieving a remarkable 1,057 miles per gallon! What follows is the text from the NIU blog site (found at; http://myniu.com/blog/niu-vehicle/).
Go Huskies!!
The competition is based on the highest mpg average on a 9.6 mile course. NIU’s vehicle drove 1,057 miles per gallon, beaten only by second-place finisher Brigham Young University with 1,244 mpg and Universite’ Laval of Quebec with 2,098 mpg.
On June 17, the Supermileage team did a Chicagoland media tour, with an appearance on Fox 32 before team captain Lindsey Dodis threw out the first pitch at NIU Night at U.S. Cellular Field, where the White Sox took on the Pittsburgh Pirates.
NIU has finished among the top 10 in the SAE Supermileage Competition® each year since 2010, with third-place finishes in 2010, 2011 and 2013. Last year, NIU finished seventh in both the SAE competition in Marshall, Mich., and the Shell Eco-marathon event in Houston.
Since its inception more than 30 years ago as a way to generate public awareness about fuel economy, the Supermileage competition offers a simple yet challenging goal: to build a one-person, fuel-efficient vehicle with a one-cylinder, four-cycle engine.
The Society of Automotive Engineers International (SAE) is a global association of more than 138,000 engineers and related technical experts in the aerospace, automotive and commercial-vehicle industries.
Check out the NIU Supermileage Team’s commercial shoot with Jay Leno.
#NIURemarkableStudents