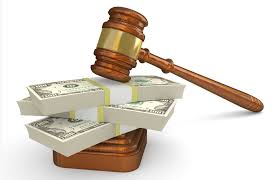 The proposed fine against Braille Battery Inc. is the largest civil penalty the FAA has put forward for alleged violations of requirements for offering an air shipment of lithium batteries.

The FAA alleges that on June 1, 2016, Braille offered four shipments, each containing a 24-volt lithium ion battery, to FedEx for transportation by air. One of the batteries apparently caught fire while it was being transported on a FedEx truck, after it had been transported on an aircraft. The vehicle was destroyed as a result.

Braille, a unit of Canada’s Grafoid Inc., didn’t respond to requests for comment. Braille is being acquired by Ottawa-based Mincom Capital Inc. from Grafoid in a cash and stock transaction valued at $2 million. The deal is expected to close in February 2018.

The FAA alleges the lithium batteries in these shipments did not meet testing standards contained in the UN Manual of Tests and Criteria or the U.S. Hazardous Material Regulations, were not equipped with a means of preventing dangerous reverse current flow, and were not in a proper condition for shipment. The FAA also contends that Braille failed to provide its employees with required hazardous materials training.

On June 8, 2016, the FAA told Braille about the concerns in its training program. On June 14 and June 15, 2016, the FAA informed Braille that the Hazardous Materials Regulations and another set of technical instructions prohibit the shipment of lithium ion batteries that are not proven to meet the UN testing standards.

However, Braille continued to offer shipments of these lithium ion batteries for air transportation on 14 separate occasions between July 14, 2016 and Aug. 3, 2016, the FAA alleges. The shipments included a total of 77 batteries. Each shipment contained between one and 27 batteries.

“Improperly shipped hazardous material can pose serious threats to aircraft and the people on board,” said FAA Administrator Michael Huerta. The FAA previously assessed an $8,000 civil penalty against Braille in 2013 for shipping undeclared lithium ion batteries.

Braille has 30 days after receiving the FAA’s enforcement letter to respond to the agency.

On its company website, Braille, describes itself as the world leader in ultra lightweight-lithium-ion high performance batteries and says it is a supplier to top race car teams in NASCAR and Formula 1, among others.