CES 2014: Toyota shows off fuel cell car that can also power a home

Posted on January 7, 2014 by CCAR in Uncategorized 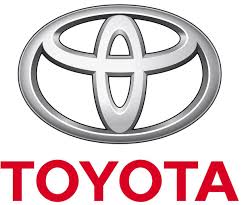 from the Los Angeles Times;

Toyota Motor Corp. released new details on its fuel cell car Monday at the Consumer Electronics Show in Las Vegas – including plans for an adapter allowing the car to power your home.
The automaker chose the big tech gathering to display the four-seater, which looks like a futuristic Prius, to highlight its advanced engineering. A fully-fueled vehicle will be able to supply enough energy to power a house for a week in an emergency, Toyota said. Its engineers are working on an adapter that will connect the car into a home’s electrical grid.
After debuting the concept car at the Tokyo Motor Show in November, Toyota plans to start selling the car in the United States next year. While it has yet to disclose pricing, the company said it has slashed the cost of bringing the car to market by tapping an electric powertrain it already uses on one of its hybrid vehicles and other common parts.
“Fuel cell electric vehicles will be in our future sooner than many people believe, and in much greater numbers than anyone expected,” said Bob Carter, senior vice president of automotive operations for Toyota’s U.S. sales arm.
Toyota is one of three companies pushing forward with fuel cell vehicle cars. Hyundai will start offering one later this year and Honda plans one next year.
L.A. Auto Show: The future of fuel cell cars
Fuel cells use hydrogen to create the electricity that powers the car. Most global automakers believe they represent the best path to building the zero-emission vehicles now demanded by regulators in California and many other states.
But not every automaker is convinced.
At the Los Angeles Auto Show late last year, former Volkswagen of America Chief Executive Jonathon Browning said the company chose to produce a battery-powered Golf hatchback that it displayed at the show rather than a fuel-cell car for one simple reason: “Most people know where to find a socket,” he said. “Not too many people know where to find a hydrogen fueling station.”
“Hydrogen is still a long way off from mainstream commercial vehicles,” Browning said.
However, California’s stringent environmental regulations require that 15% of the new cars sold in the state by 2025 be zero-emission vehicles, which at this point are either electric or hydrogen-powered autos. Nine more states have adopted the same sales goals, with a target of having 3.3 million zero-emission vehicles on the road by 2025.
That rapid adoption target is behind the automakers’ efforts to bring hydrogen autos to the U.S. market now.
Using hydrogen to create electricity, fuel cells combine the best of electric and gasoline cars without the downsides, the automakers say. They drive like electric cars — quietly, with tons of off-the-line power — but can be refueled just like gasoline-powered cars.
“We are real excited about this technology,” said Ed LaRocque, Toyota’s national brand manager for fuel cell vehicles. “We think it is game-changing.”
The Toyota model will produce 100 kilowatts of power, which is roughly equal to 134 horsepower, the same as a Prius. It will have a zero-to-60 miles per hour time at about 10 seconds, and possibly less, and a range of 300 miles.
LaRocque said that 300-mile range will be key to the success of fuel cell vehicles.  It is about four times what’s offered in all the electric cars on the market now, with the exception of Tesla’s Model S.
Hyundai’s offering will be a hydrogen version of its Tucson sport utility vehicle and will be built on the same South Korean assembly line as the gasoline model of the small SUV. It will be offered starting next month on a special lease deal that includes all the hydrogen a driver can use as well as maintenance.
Honda’s will be a still-to-be-named advanced version of the Clarity fuel cell vehicle it has been testing in California for several years now.  Like the Toyota model, it is expected to hit showrooms next year.
For now, there are few places to fuel the cars, although three stations are spaced along the busy 405 Freeway in Torrance, Fountain Valley and Irvine, and there are some similar clusters on the East Coast.
“The number of fueling stations is a big challenge for the entire industry,” LaRocque said.
But California has approved more than $200 million in funding to build about 20 new stations by 2015, a total of 40 by 2016, and as many as 100 by 2024. The state plans to build them in clusters in metropolitan areas with some satellite stations on interstates to connect the clusters.
Toyota actually displayed two fuel cell cars at the big electronics show.  Besides the prototype, it showed a camouflage-taped engineering prototype that its engineers called “the mule.”  It was used for extensive testing in North America for more than a year.