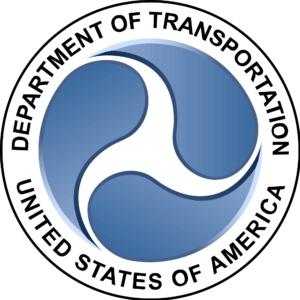 Click here to read the letter from DOT to UAL
from the Denver Post dated 1/28/15 —
United Airlines is facing Federal Aviation Administration fines of $1.3 million stemming from at least 120 alleged violations involving hazardous material cargo on passenger flights, including several at Denver International Airport.
The hazardous materials involved include lithium metal batteries, dry ice, corrosive liquids, detonating fuses, phosphoric acid, ethanol solutions and more.
The FAA laid out the alleged violations in a Dec. 30 notice to the airline, which United spokesman Charles Hobart said is under review.
“We will cooperate fully with the FAA to resolve these concerns,” he said.
The 37-page Notice of Proposed Civil Penalty the FAA sent to United, says inspections in Denver, San Francisco, Boston and Chicago airports yielded at least 120 instances where United failed to accurately document hazardous cargo and notify pilots of what was being transported.
“These regulations are intended to keep flight crews and the public safe and we expect airlines to follow these rules to the letter,” U.S. Transportation Secretary Anthony Foxx said in a statement Tuesday.
The agency also alleges that the airline twice “improperly accepted hazardous materials for air transportation,” according to a release.
Hazmat items can legally be shipped on passenger flights, provided the materials are properly packaged and labeled, and that pilots are notified of the substances, quantity, packing details, location and chemical hazard class, among other items.

These items should be perfectly safe and pose little-to-no threat to passengers, provided they are packaged and handled safely, said Metropolitan State University of Denver chemistry professor Andrew J. Bonham.
“In our day-to-day life, we’re used to dealing with only mildly reactive chemicals. But industrially and commercially, modern society depends on a large variety of chemicals that are potentially much more reactive,” he said. “These chemicals, in the wrong circumstances, are able to cause burns, eat their way through containers, and generate poisonous fumes if not properly handled.”
Many of the alleged dings against the airline could be characterized as sloppy paperwork — the notice cites items like paperwork listing the date as “30” instead of the full date of “4/30/13.”
However, there are items contained within the notice’s 37 pages that could cause greater concern, including several stemming out of Denver.
A shipment of dry ice — carbon dioxide frozen to a temperature of minus 109.3 degrees — was mislabled as a flammable solid and placed on a May 10, 2013 flight to Los Angeles from Denver, according to the notice.
“Knowing exactly what’s on board the aircraft and where it’s located provides the crew with a better chance of safely handling an emergency,” FAA Administrator Michael Huerta said in a statement Tuesday.
The notice also lists multiple occasions when quantities and locations of dry ice shipments were not provided to the captain, which could prove problematic if it is not handled appropriately.
Dry ice is commonly packed and shipped in specialized styrofoam containers, and a proper temperature must be maintained. If it melts, a small amount of dry ice creates a very large amount of carbon dioxide gas.
If properly vented, this isn’t an issue, Bonham said.
However, a large amount of gas expanding in an enclosed space — such as a cargo hold — could prove disastrous under the right circumstances.
“We commonly demonstrate this principle by adding a small (think olive-sized) chunk of dry ice into a 2-liter soda bottle with a small amount of water and sealing it. The pressure will build up until the bottle explodes quite violently,” Bonham said.
Additionally, in May 2013, a shipment of ammonium persulfate and phosphoric acid were packed together and mislabled on a flight to Mexico City from Denver, according to the notice.
Acids, when combined with oxidizers such as ammonium persulfate, form compounds that can damage metal, which is why they are always stored separately.
While it’s near impossible a compound resulting from these two chemicals would be strong enough to damage the plane, a leak could certainly damage nearby cargo like electronics or other metal objects.
Among other alleged violations listed in the report:
• A shipment of paint labeled as “Life-Saving Appliances, Self-Inflating” on a flight from San Francisco to Sydney, Australia
• Pressurized gas labeled as “Fiberboard, Pressurized, Pneumatic”
• Lithium metal batteries described as “United Airlines”
• A shipment of internal-combustion airline engines sent without quantity or gross weight
DIA officials are aware of the situation, however, the issue falls under the jurisdiction of the FAA. They remain ready to help, if requested.
“Safety is the number one priority at Denver International Airport,” said airport spokesman Heath Montgomery. “We work closely with all of our airline, business and federal partners to ensure a safe operating environment.”
United has 30 days from receipt of the FAA’s notice letter to respond to the allegations, however, the airline has informed the agency of improvements to employee hazmat training and technological upgrades to its pilot notification system, according to the FAA.
The FAA will conduct inspections later this year to assess the results of those changes.