This article was written by Elizabeth Norton and originally appeared on the Science Mag website. View the original article.

Do government regulations in the workplace protect employees and consumers, or does the high cost of compliance merely drive companies to layoffs and bankruptcy? Proponents of each argument make their cases based on passion and little else since the available studies on the issue have been biased in one way or another. Now, a new study designed to produce more objective results has shown that random safety inspections do indeed improve safety without leading to burdensome expense or job loss. Some scientists say the randomized, controlled study design could be a model for testing whether proposed future regulations are likely to be effective. 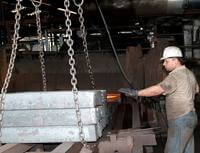 Most workplace inspections are done by the U.S. Occupational Safety and Health Administration, a federal agency tasked with setting and enforcing safety standards, or by state agencies approved by OSHA. But the efficacy of these inspections is difficult to study in an unbiased way, says Michael Toffel, an environmental management expert at Harvard Business School. Most safety regulators don’t inspect companies at random and instead typically focus on those that have accidents or where workers have filed complaints. Afterward, injury rates tend to revert back to whatever they were before the incident occurred, even without an OSHA inspection. So researchers could infer that the inspection played a bigger role in the reduction of injuries than it actually did.

On the other hand, says Toffel, if OSHA finds incomplete documentation during an inspection, it will require the company to keep better records—which, in turn, may lead to more injuries being reported. In the late 1980s, for example, after OSHA imposed multimillion-dollar fines on a few large manufacturing plants for poor recordkeeping, reports of injuries in similar plants more than doubled. A study of these sites would make it look as if the inspection led to an uptick in injuries.

Toffel was able to get a more objective picture thanks to California’s Division of Occupational Safety and Health, which carries out some of their inspections on workplaces selected at random. With economists David Levine of the University of California, Berkeley, and Matthew Johnson of Boston University, Toffel looked for workplaces that had been inspected between 1996 and 2006 for which they could find similar companies that were eligible for inspection but hadn’t yet been selected. They ended up with 409 matched pairs of inspected and uninspected workplaces. The researchers used workers’ compensation claims over the period ranging from 4 years before through 4 years after the inspection to determine illness and injury rates. They also examined injuries during the same block of time for the companies that weren’t inspected. Companies included in the study produced “fabricated metal” (doors, car parts, aerospace products), wood, or food products.

A Weekly Chat on the Hottest Topics in Science Thursdays 3 p.m. EDT

Comparing the workplaces randomly chosen for inspection with matched “controls, which is comparable to using a placebo group in a trial of a new drug or vaccine, had never been done before, says Toffel.

Companies undergoing random inspections saw workplace injuries decline by about 9% in the 4 years following the date of inspection compared with injury reports during the same time period in firms that were not inspected, the researchers report online today in Science. The cost of the injuries reported—including medical treatment and missed work—fell by 26%. Using information from financial data provider Standard & Poor’s, the investigators found that the inspections had no effect on employment, total earnings, sales, or the survival of the company.

“Our study suggests that randomized inspections work as they’re meant to, improving safety while not undermining the company’s ability to do business,” says Toffel. “Now we’d like to get more data to see exactly how inspections reduce injuries, and to investigate what kinds of companies would get the most or least benefit from safety regulation.”

“The work is unusual in the strength of the study design,” says Jon Baron, president of the Washington, D.C.-based Coalition for Evidence-Based Policy, a nonprofit, nonpartisan group that seeks to increase government’s effectiveness based on rigorous evidence about what works. Baron notes that safety regulations are often put in place without scientifically credible evidence of their likely effects. Ideally, he says, all new government regulation should be subjected to similar randomized studies before being widely implemented.