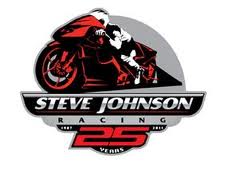 NHRA Pro Stock motorcycle racer Steve Johnson kicked off the 2014 season by taking first place in the Gatornationals in Gainesville, FL on Sunday, March 16th. Johnson, who began the day in the 7th seed, won all four (4) of his races — including a decisive final — to capture his first Goldman trophy and his first trip to the winners circle since Charlotte in 2008.
Johnson told CCAR that he was “really happy for his brand”, a sentiment that we most definitely echo.
Steve Johnson Racing has been in the racing business campaigning a professional team with the NHRA Mello Yello (formally Full Throttle) series for more than 25 years. At each of the televised ESPN2 races, SJR entertains high school and tech school students, as well as manufacturers, their distributors, and their customers in an environment rich with excitement, “behind-the-ropes” access, and face-to-face interaction that many clients don’t get these days with their customers. Simply put, they provide their pit area at the races to motivate students into a career path.
Johnson will be back on the track April 11th to 13th at the NHRA 4-wide Nationals in Charlotte, NC. More information on the 2014 NHRA Mello Yello Pro Stock Motorcycle Series Schedule can be found at; http://www.nhra.com/schedules/2014psm.aspx