The worker who suffered serious burn injuries after a fire at Rick’s Auto Body died early Tuesday morning. Bruce Hall was pouring lacquer thinner from a large barrel to a smaller container through a funnel when static electricity caused the fumes to ignite above the barrel on Monday morning, Missoula Fire Marshal Gordy Hughes said. He suffered from third degree burns over 95 percent of his body, his family reported in an e-mail to the Missoulian. He died at 5 a.m. Tuesday at Harborview Medical Center in Seattle. A second burn victim, treated at St. Patrick Hospital for injuries resulting from the flames and vapor inhalation, was released later Monday, Hughes said. He said the fire department is looking into the shop’s ventilation system and the investigation will be completed by the end of next week.
(information provided by www.dailydispatch.com) 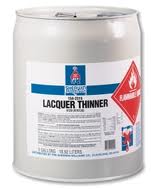