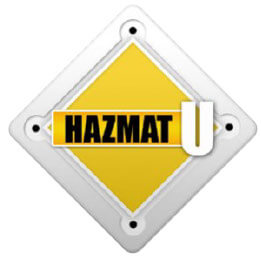 “…the site manager couldn’t show that employees were aware of proper waste-handling and emergency procedures.”
from http://www.rutlandherald.com/articles/motorcycle-store-fined-for-hazmat/
Central Vermont Motorcycles, a local company that sells and services power sports equipment, agreed recently to pay a fine of about $23,000 to settle accusations of multiple violations involving hazardous waste in 2015.
Powersports equipment includes snowmobiles and all-terrain vehicles.
An assurance of discontinuance, or an agreement to correct or address violations, was signed May 31 and filed with the Vermont Environmental Court on July 25.
The state Agency of Natural Resources announced the resolution of the case Monday. The case was investigated by the agency’s Waste Management and Prevention Division, which is part of the agency’s Department of Environmental Conservation.
Jay Eugair, general manager of Central Vermont Motorcycles, asked Wednesday why he was being contacted about an incident from more than a year ago.
“You should find something positive to write about instead of writing something (expletive) negative all the time,” he said. “That’s what the Rutland Herald should be doing instead of writing about the dirt all the time.”
Central Vermont Motorcycles agreed to a penalty of $23,062.50 and to submit an inventory of hazardous waste on- site, documentation of composition testing of used oil, and photo proof of proper storage and labeling of hazardous waste, including used oil rags.
John Zaikowski, an attorney who is the ANR enforcement litigation section chief, said he didn’t believe there had been a follow-up inspection at Central Vermont Motorcycle’s West Street location since the agreement was reached.
Zaikowski said the March 2015 inspection of the business was just a routine inspection.
The news release announcing the agreement defined hazardous waste as certain materials that have exhausted their useful life being held in storage pending their disposal.
State officials recognized that such hazardous materials are created by a number of businesses, but hold those businesses and their owners to a higher standard in managing the disposal of those materials, the release said.
“ Because of the potential risks inherent in hazardous waste management, we hold generators responsible for taking proactive steps to protect not only public health and the environment, but also the people managing hazardous waste,” Emily Boedecker, commissioner of the Department of Environmental Conservation, said in a statement. “Vermonters expect hazardous waste generators to meet these responsibilities.”
The assurance of discontinuance order lists six violations identified by the state inspectors.
Among the violations were 32 drums, described as “rusty, denting and bulging, ” of unknown liquid, although state inspectors believed they were generally filled with used oil, bad gas and antifreeze. Storing the drums without a determination of the contents and whether they needed to be treated as hazardous waste was a violation, the state found.
Oil-contaminated rags stored in open and unlabeled containers was another violation.
The order said staff during the March 2015 inspection admitted there was no designated emergency coordinator and the site manager couldn’t show that employees were aware of proper waste-handling and emergency procedures.
The inspectors said they found two 55-gallon drums filed with spent antifreeze and bad gasoline. Neither was labeled or marked as hazardous waste, the order said; one of the drums was dented and another was open.
Some of the containers holding hazardous waste were outside, not protected from freezing or in a structure that sheds rain and snow, the state found, and containers found indoors were also improperly marked.
The state said Central Vermont Motorcycle staff admitted the business burned used oil without evaluating whether it was safe to burn.
The state’s Waste Management Division is authorized by the U. S. Environmental Protection Agency to implement hazardous waste regulations and inspect businesses for compliance.